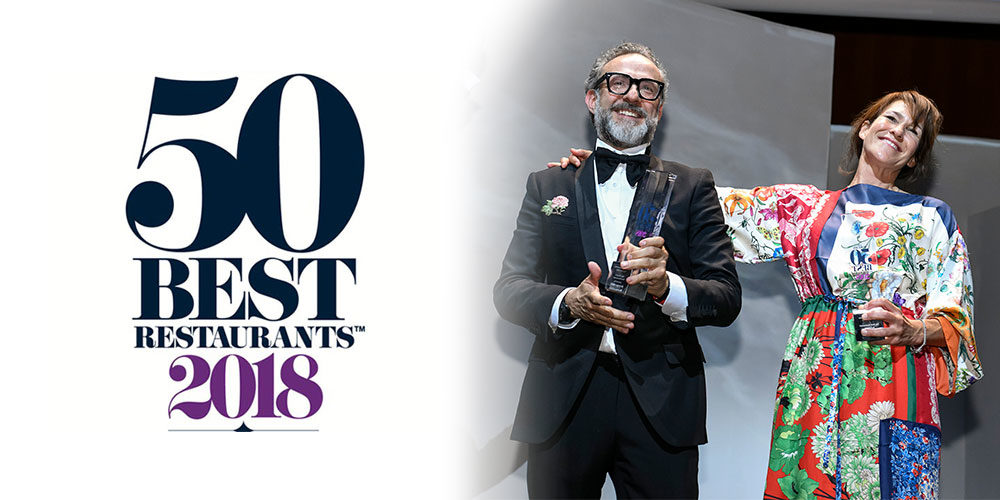 The Modena chef, owner of the Osteria Francescana, won for the second time the World’s 50 Best Restaurants, the most influential global ranking, thus winning the title of best restaurant in the world. The first victory came in 2016 and a few days ago did an encore in Bilbao (Spain). The Osteria Francescana, a three Michelin stars restaurant, is the first Italian restaurant to have ever won this award.

«… winning a second time is even more difficult than the first one! This award is not only mine but it is a victory for all […]. We are all part of the same revolution and together we can drive the change and build a better world. Culture will be the most important ingredient of the future ». These were the first words after the victory of the chef who managed to bring Italy to the top of world gastronomy, demonstrating that our country has a refined food culture and is much more than just trattorias and homemade kitchens (that by the way are very good too). In addition to Osteria Francescana, among the first 50 Best Restaurants there are also three other Italian names: Piazza Duomo in Alba, Le Calandre in Rubano and Reale in Castel Di Sangro in Niko Romito.

Bottura has been involved for long with some other chefs in a struggle for a more supportive kitchen as he himself said: his reference goes to the refectories for needy open in many Italian cities and beyond, where great chefs prepare delicacies with Caritas recovery food.

We make our great applause to Massimo Bottura and his entire team for the great victory!