Italy triumphs in Luxembourg at the “Culinary World Cup – Expogast 2018” 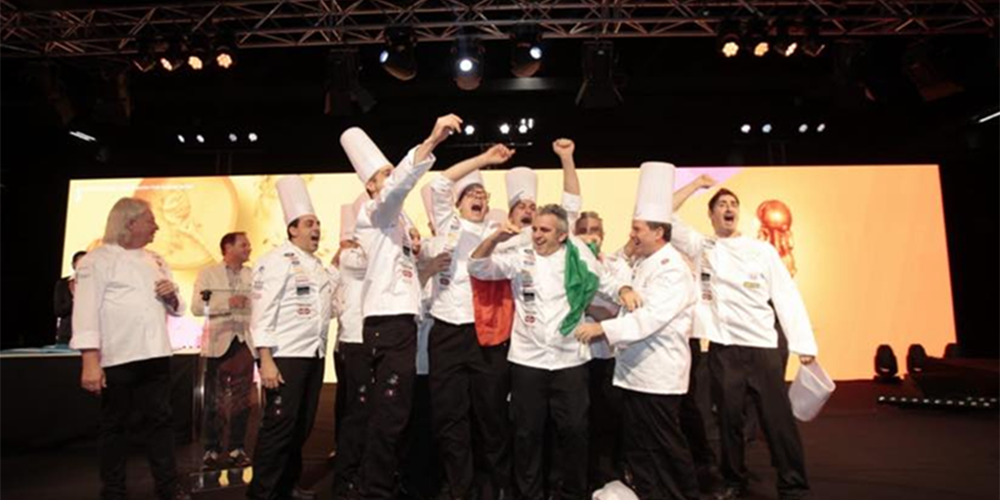 45,000 admissions, over 2,000 participants, more than 100 international teams, 75 different nations in competition. At the end of November the ExpoGast in Luxembourg ended, one of the most important culinary competitions in the world organized every four years, bringing together the world of gastronomy to celebrate the work of the great masters.

ExpoGast is designed to highlight the healthy and balanced traditions and habits of food through the art of cooking. The event lasted five days and was attended by chefs from all over the world who were able to present their best creations. Professionals and passionate admirers have been able to delight both the taste and the sight thanks to innovative and impressive international preparations.

Italy has triumphed by bringing home great victories in different categories. In the “cold cooking” competition the Italian chefs beat another thirty national participants, presenting a long series of sophisticated dishes including finger food, pastry, first and second courses. Among the confectioners, the triumph was that of Vincenzo Romano who won a gold medal in the cold table competition and the silver in the hot cooking competition. Another important result was brought home by chef Maurizio Vinardi Carot, who won the victory in the “sculpture of food” competition by presenting a sculpture in cheese that depicts Venice and the lagoon. Also in the “sculptures” category, chef Marco Zugliani won the gold medal with a sculpture made of corn paste and entitled “Goddess of the Moon”.

The Italian style in this case has really merged with the tradition of the Mediterranean diet, officially recognized as UNESCO heritage and as one of the most complete dietary diets in the world. Our congratulations to the masters who represented our country in this important competition!