Stars Michelin – the up and down of 2019 edition 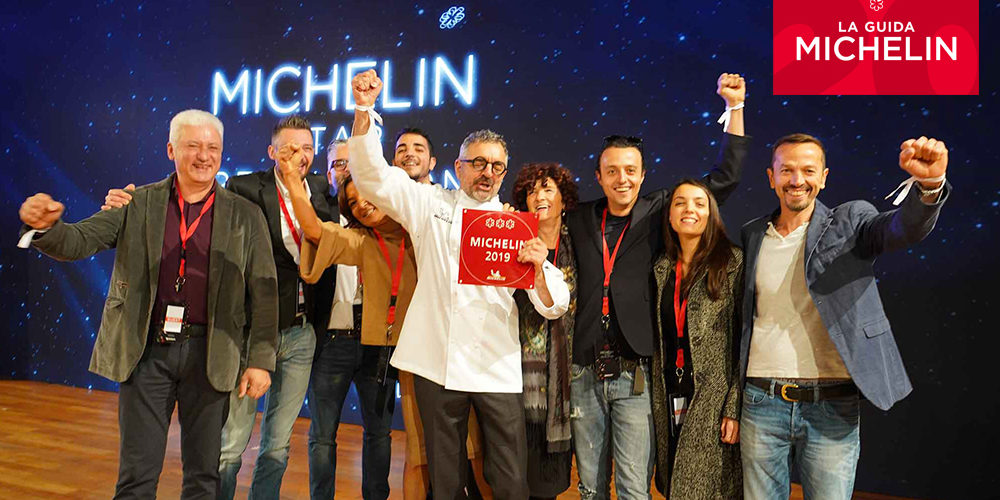 In the last few days the Michelin Guide 2019 on the Italian starred restaurants, now in its 64th edition, has been unveiled and discussions on the ranking have not been missed. At the center of the discussione there is the chef Carlo Cracco who has not managed to regain the second star with the new venue in Milan in the Vittorio Emanuele II gallery. For the chef it is very a big disappointment, but in the guide it is still reported for its elegance and however deserving of one Michelin star. On social networks is born a controversy already heard several times: perhaps too much television and a little less kitchen for Cracco? Another icon of Milanese luxury that this year has received a rejection is the Armani restaurant to which the star was removed.

This year the restaurants that have received a Michelin star for the first time are 29, while 10 chefs with three stars, the maximum recognition, with the new triumph of Mauro Uliassi from Senigallia.

The Michelin Guide is reconfirmed as every year a concentration of traditions, travel, tastes and flavors that highlights the class and quality of Italian catering. The chefs awarded in our country are 367 and this year Italy has reconfirmed the second place in the ranking of nations with the highest number of stars.

We ask ourselves what a real Michelin star really holds in perceiving customers. Is it really such a sensitive and realistic index? How much does it affect the choice of a restaurant?

We congratulate all the chefs awarded in this edition, especially the new generations who are conquering their place in the national catering scene.